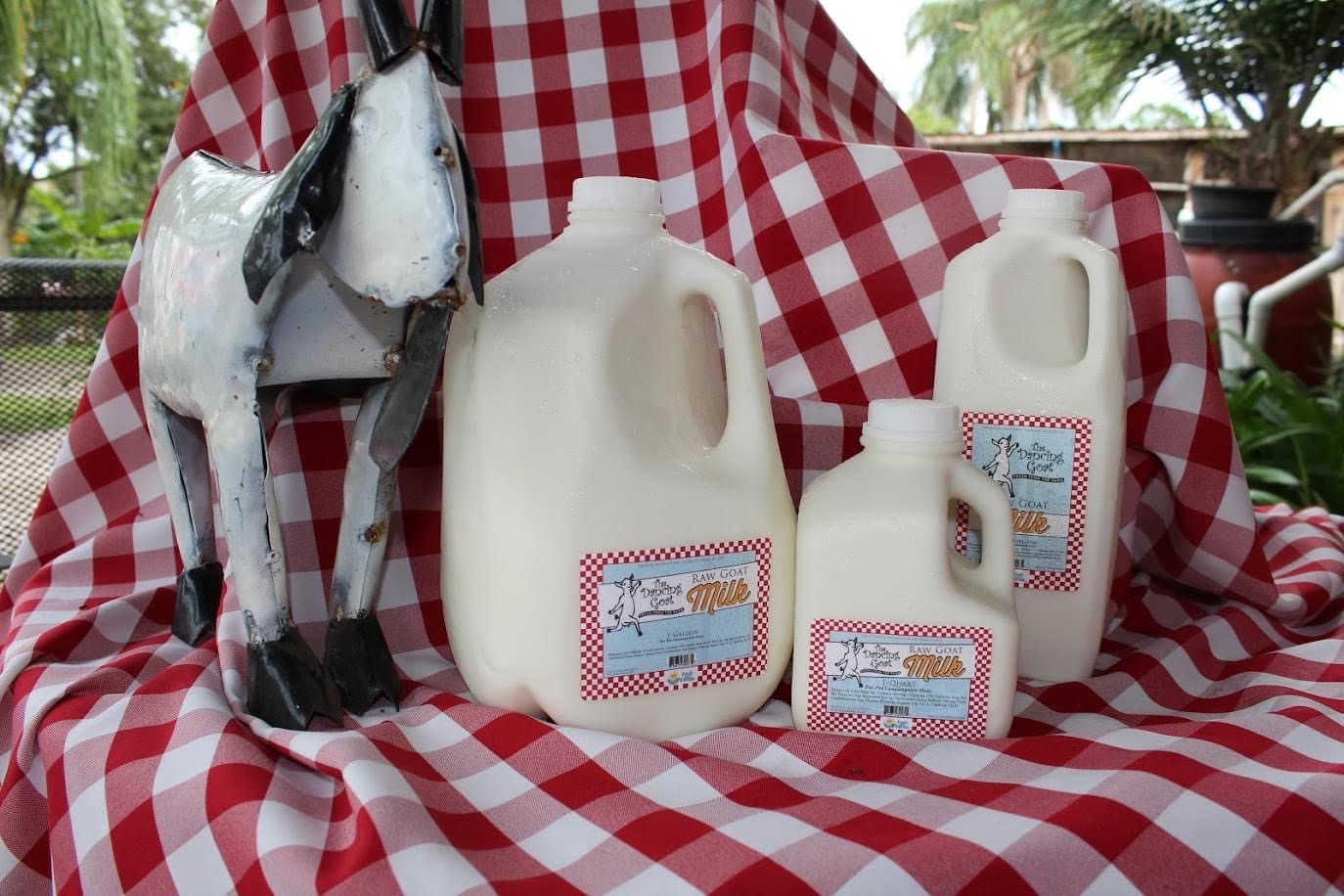 Before I start, I want to clarify that there are two permits to sell milk. The first one is a Feed Master Permit which allows for the sale of raw milk for pet consumption only. The second is a Grade A Dairy which allows ONLY for the sale of pasteurized milk. A Grade A dairy may NOT sell raw milk! To say I am selling raw milk to save up for Grade A licensing is not even in the equation. I applaud those who do want to go that way but I do not believe in pasteurized milk. But I also do not believe we should be selling raw milk for pet consumption only in a reckless manner either.

This is not going to be a popular opinion for two reasons, people want to do something for nothing and they feel like government is invading their lives. Let me start by asking if you have a driver’s license? If so, then you recognize that a person should be competent behind the wheel of a car since there are other drivers on the road and they need protected. Do you feel the government is exploiting you with that license? Oh, but you only sell 10 gallons of milk a month, just a little bit so you don’t think you need a Feed Master Permit? Maybe I only drive 10 miles a month. Do you think the State would exempt me? I think the old analogy of slightly pregnant is appropriate here!

Many have heard my spiel on KNOW YOUR RAW MILK FARMER because they are not all alike. In fact if you go back on my Facebook page, from time to time, I grab images from Marketplace and Craigslist of people selling in used water bottles and gatorade bottles and put pictures of their bottling on the page in an attempt to educate the public of what they should avoid. It isn’t necessary for people to risk their lives to purchase milk that may not be sanitary to drink. I am a fanatic about this! Even if it is “for pet consumption only” we need to make sure it is done right. Do your pets not matter? If we ever expect it to be approved for human consumption there has to be an improvement in the standards for pets.

We must prove to the Dept of Agriculture (FDACS) that we are responsible in what we do – including respecting the permit requirement. I have been lobbying for years for changes. As it stands, a $40 license and you are good to go on selling once you have an approved label containing the required information – which I rarely see. For soap, no big deal but for people who are drinking it – if your farmer isn’t aware they are doing things wrong, from label to drug withdrawal, it could be dangerous. I am sure all the intentions are good, but things can backfire. I can count the number of SAFE raw milk suppliers on one hand and part of the other! Just sayin’!

I have been selling raw milk LEGALLY for pet consumption only since August 17, 2007. There are no regulations beyond a permit and proper labeling (and no it isn’t just the “pet consumption only” phrase – there is way more to it and the label needs to be approved by FDACS), no demonstration of competence, nothing needed but send in that money to get the permit number. I have a HUGE problem with that. Unlike that drivers license where you take a test to prove that you memorized (at least for the moment) all the information that seems needed for driving. If we ever expect to morph to a state that allows human consumption of raw milk (I believe we are one of only 10 in the US required to label as pet consumption), we must demonstrate that we are competent in sanitation, we know drug withdrawal guidelines and our animals are healthy to be using their milk. For the last four years I have been lobbying with FDACS to impose some regulations on the raw milk sales – even if it is just for pet consumption only. I have people call me all the time wanting to come see how I do it to see if they approve. For the record, our family has been consuming our raw milk for the last 20 years. I always ask the caller if they are in the dairy industry and know what to look for in a dairy. After a few hems and haws they admit they read a couple books that talk about grass fed and humane treatment and felt they were educated enough to evaluate a micro dairy. Not in a million years. They have seen the 3 Fs of Fresh, Famageddon and Food Inc and quickly become experts. Can they even tell one breed from the next? Can they pick out an inline system or can they tell me what an inflation is? Sheepishly they agree that they only know the buzz words. That is where I start my education of what they really needed to look for from feed to animal health to cooling to jugging of the milk.

There are silent diseases in goats that can transmit to humans that you do not want to drink the milk. Caseous Lymphanitis – abscesses that can be in the respiratory and mammary system that is transmittable to humans before they ever show outward signs. I am not saying people are not capable of learning about it, just most people do not invest the time or spend the money for testing. We test our goats. It isn’t cheap for 70+ goats but something we feel is necessary for good management! My lobbying includes the requirements of a veterinary exam by a livestock accredited vet at least twice a year. A clean dry enclosure for milking with hot and cold running water adjacent (doesn’t have to be the Taj Mahal but it should be better than a pop-up tent in the pasture with manure underfoot). Proper cooling protocol and a new BPA free container every time milk products go out the door. This business of used Pepsi bottles isn’t acceptable to me.

One of my biggest fears is drug withdrawal. Not from my herd but someone that has no clue of the withdrawal of antibiotics or other drugs. There are dewormers which have no milk withdrawal and some with several days/weeks withdrawal. We have goats that have been milking for several years with no chemical dewormers. That is possible only through good management. Antibiotic residue can cause drastic effects in a person who may be allegic to that particular antibiotic. In this world of allergies and sensitivities, it is more important than ever to provide a clean product free of adulteration.

When it comes down to it, I feel disrespected by those who refuse to get a permit. I jump through the hoops and try to do what is right. How do you feel about that person with the suspended license plowing into you at 50mph and no insurance because they have no license? And I don’t think anyone doing this has bad intentions. I fear that Jane Doe in Pickatown, Florida gets someone sick with their goat or cow milk or Heaven forbid, they die it won’t be them on the front page, but me because our dairy is so well known. It won’t ruin their business – people won’t remember who it is but it certainly will ruin mine. Let’s permit and educate and hold the raw micro dairies up to a high standard allowing confidence in purchasing “for our pets”. Wink wink! 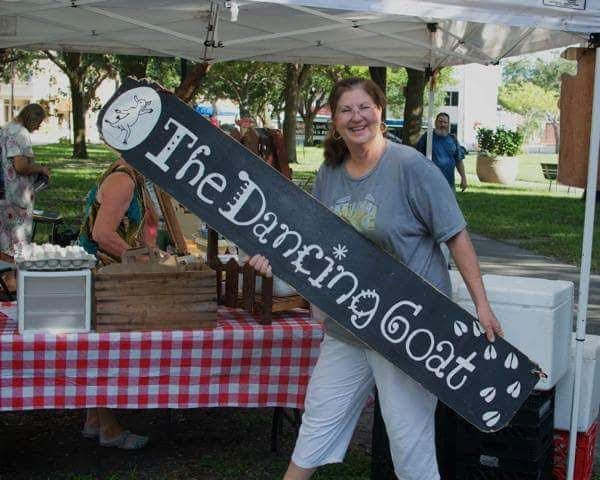 You devour every last tidbit of postings on Facebook from your local farmers.  You pick through their blogs for buzz words to store in your internal farm dictionary.  You learn how they pollinate the squash blossoms, what is trendy for livestock feed and you read every Joel Salatin book three times (from air conditioned comfort). …