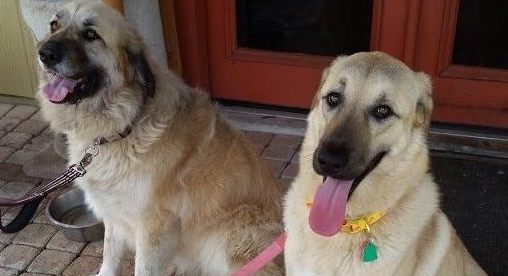 Our venture into livestock guardian dogs (LGDs) started with a “ruined” Anatolian/Pyr, Saxy. A lady who raised golden retrievers had received her from a daughter that was going through a divorce and had to rehome her. She didn’t do well with the goldens and the foster knew she needed to find another home. I received the phone call one day wanting to know if I knew anyone that might need her. Being half Great Pyrenees (known to be great family dogs as well as LGSs) and the other half Anatolian (territorial but yet quite personable to the humans) we thought it would be the perfect mix. She arrived to me at almost a year old, never seeing a goat, spending her early months in a crate in a house, getting walked or in bed with her owner. Needless to say, we had a tough row to hoe ahead of us!

Oh, and to add to the misery, I had never trained a dog properly in my life and we had to put her straight in with the goats – eeks!! My salvation was a remote collar and hiding the remote where everyone on the farm could get to it quick to correct inappropriate behavior and at what level, high pitched sound, vibration or shock. The high pitched sound would stop her in her tracks so rarely did we have to go to vibration and I am not sure the shock part was used at all. We all got together and decided how we would correct and to what degree….. exact consistency from EVERYONE involved was very important since there was up to 20 volunteers involved. The voice commands had to be the same and they were followed up by the high pitched immediately.

The first day with the goats, she knew she had to do SOMETHING, but wasn’t quite sure what and kept them in their house all day – blocking them to come out. We started working on that and over the next few days the goats were less afraid (they hadn’t seen a dog, either). I went to the LGD lists and bought the book, Good Dog Bad Dog – not a clue about training LGDs in there but my other dogs improved in the spillover. We found her nipping the back of legs of the goats and had to stop that. She finally figured out her job wasn’t to herd, to nip or really interact with the goats, just guard. In about 6 months she became an awesome guard dog for the goats and shortly after that, we added a purebred Anatolian who was an experienced LGD. Watching them working in tandem is amazing and we are still considering adding a third, male.

Both of the dogs have been rescues and I am happy that we stepped out of our comfort level and added them to the farm. Both dogs LOVE everyone working at the farm but can sense a stranger and watches until introduced by one of the key farm people. The instinct came out for Saxy but did take some honing to make sure it was used properly. Maya walked in the goat pasture and never missed a beat but she is also equally as comfortable playing in the family pool with kids or providing a soft pillow for a nap for one of her goats. They lounge in the daytime in their sleepy spots but as nightfall comes, they are on guard for anyone or anything that might trespass into their kingdom. 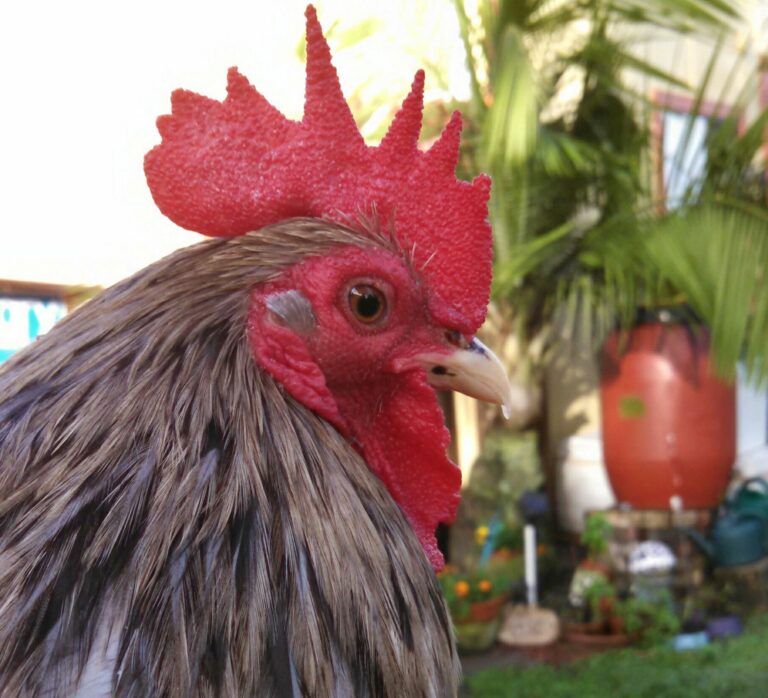 I don’t think I have ever written an eulogy for a chicken before – I know I haven’t. But sometimes, there are those special two legged feathered critters with a beak on their face that crawl into your heart who deserve to be memorialized. It all started about 4 years ago when I made a… 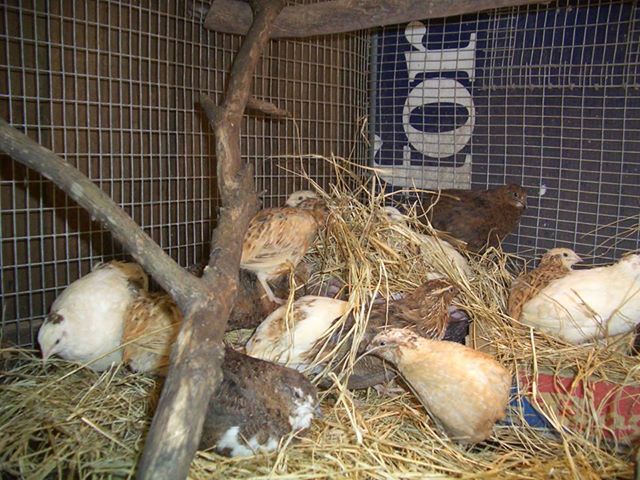 At times, husbands get a bug up their butt for a new quest.  I should be grateful it wasn’t gallivanting around the nudie bars or climbing Mt. Everest (as if he was able) but he wanted (me) to raise quail, chukars and pheasants.  He pitched me that not only did they give eggs, but they…